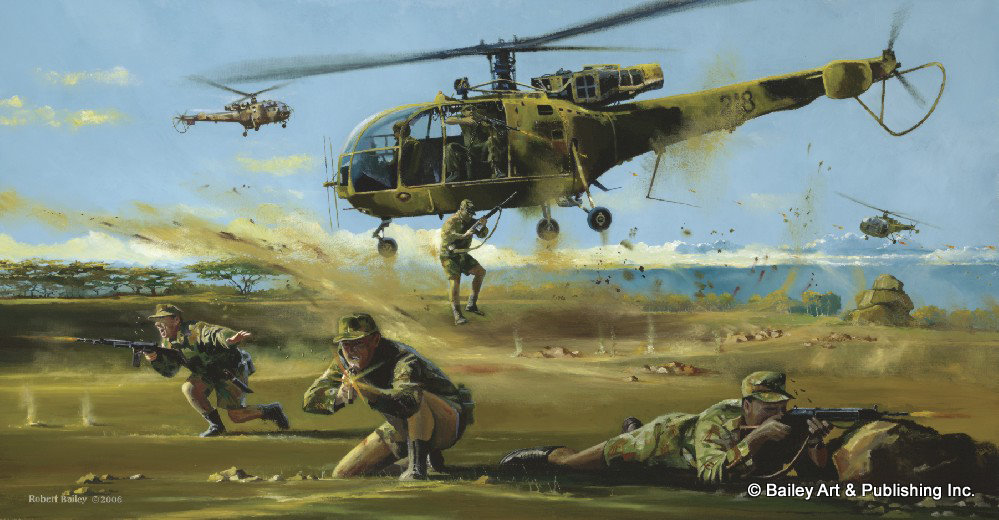 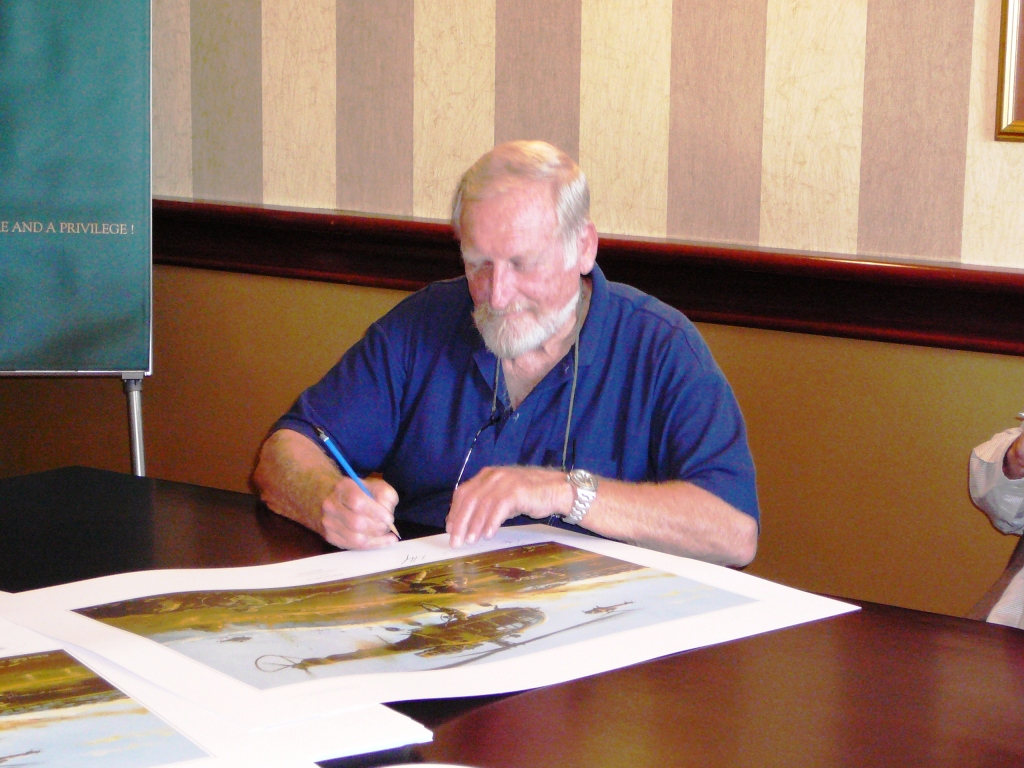 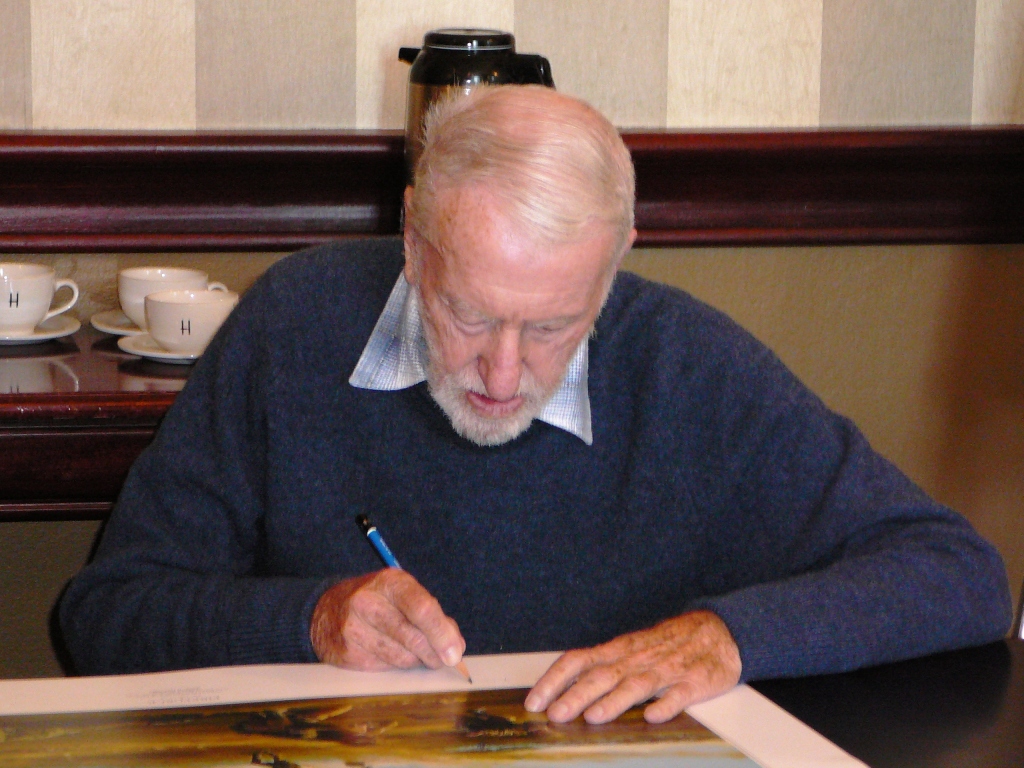 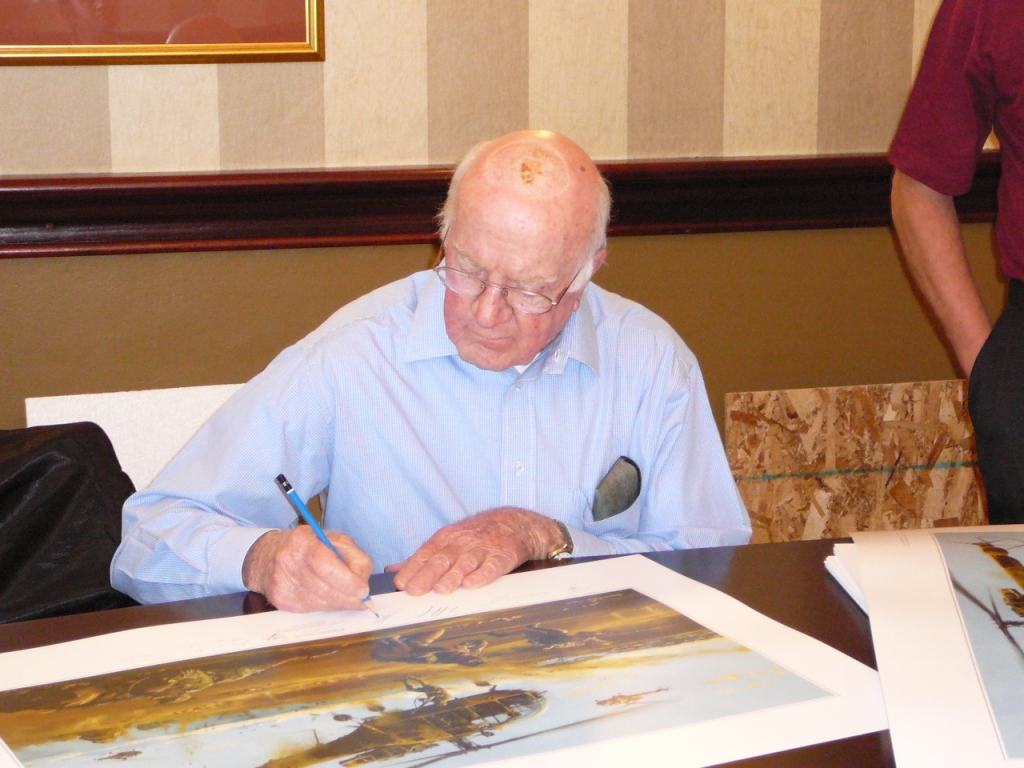 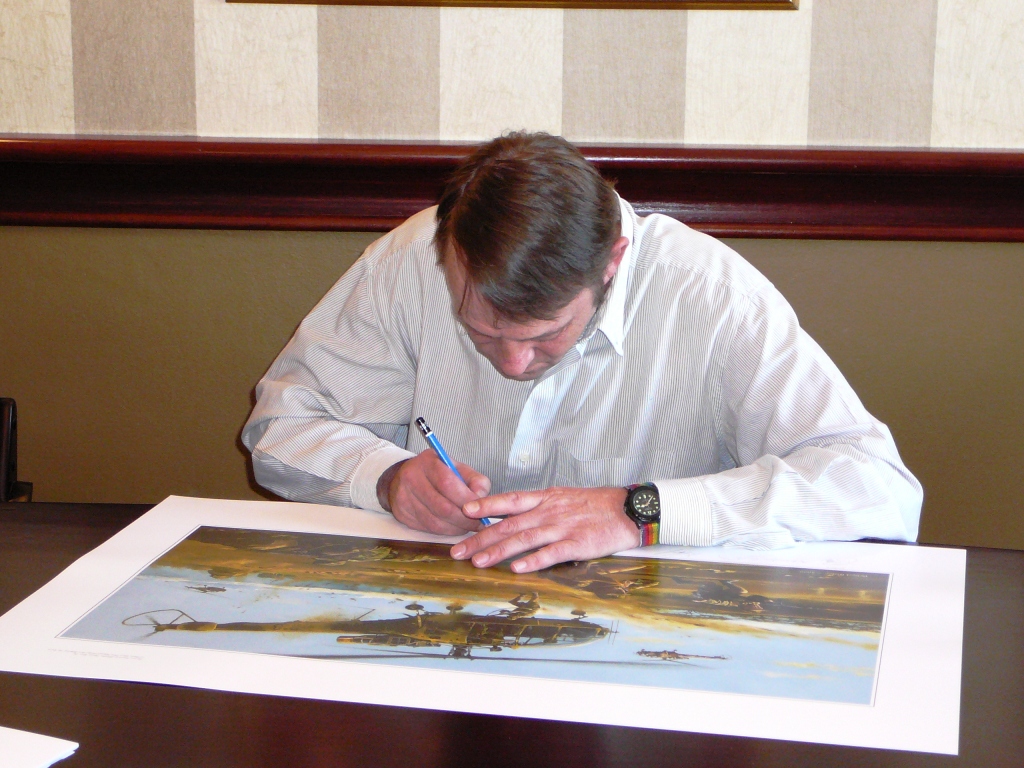 In 2006 I returned to South Africa to discuss with Mr. Smith, Lt. Colonel Ron Reid-Daly and Detective Inspector Winston Hart
(BSAP) about a project specifically Rhodesian orientated.
It was unanimous that a painting depicting soldiers being dropped into a hot zone under fire from terrorists would be
appropriate. It was decided the painting would be called “Fire Force”.
I approached Robert Bailey http://www.baileyprints.com/ again and he was thrilled to take on the challenge of his first “African War” project.
This painting is dedicated to all who served in the defence of our country and to both military personal, and civilians who made the ultimate sacrifice.

500 Limited Edition with SEVEN co-signatures.
$250.00ea (plus shipping)
These limited editions are signed not only by a number of men who took part in
these actions, but also by:

To purchase this item or for more information email