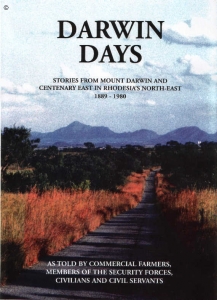 For two years I worked on a book about the Mount Darwin and Centenary East farming areas. With the help of Nick Russell and a multitude of those that used to populate this area as farmers, civil servants or in the security forces, we have now brought this book to print. This is an effort to tell the story of an incredible area of the country formerly known as Rhodesia. This book does not promise to be the definitive work about Mount Darwin, there are others who will write the full history one day, but it does tell the personal stories of those that lived there. Please consider purchasing a copy from our online store. This was a very limited edition print book with a foreword by the Hon. Ian Douglas Smith and a story by former Selous Scouts commander Ron Reid-Daly. 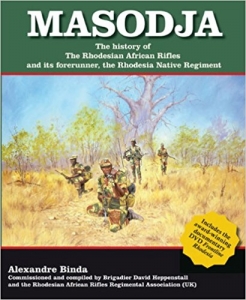 The history of the Rhodesian African Rifles and its forerunner the Rhodesia Native Regiment, By Alex Binda

Commissioned and compiled by Brigadier David Heppenstall and the RAR Regimental Association (UK). Originally formed as The Rhodesia Native Regiment during World War I, this fine regiment first saw action in East Africa, pitted against the wily von Lettow-Vorbeck and his army of German askaris. Disbanded and later re-formed, the regiment was to distinguish itself during World War II in the North Africa and Burma campaigns. Using the counter-insurgency experience gleaned from the Malayan Campaign of the 1950s, the RAR provided the front-line troops in the battle for Rhodesia in the country’s bitter civil war of the 1960s and 1970s.

This is an excellent addition to any Rhodesian collection. Comes with the never-previously released DVD featuring Frontline-Rhodesia by Richard Cecil and Nick Downie. This price includes shipping to anywhere in the USA.

For shipping outside of the USA or an invoice to purchase please contact me at
rhodesiansworldwide@gmail.com

Price: $165 US Delivery Only – inclusive of shipping